The strategic map for Theater of Operations will be divided into 6 pieces (A-F), each roughly the size of a 8.5x11" piece of paper. This sample is Map D, showing part of the border between the Imperium (blue) and Magna Supremacy (red) with the DMZ (grey) in between. 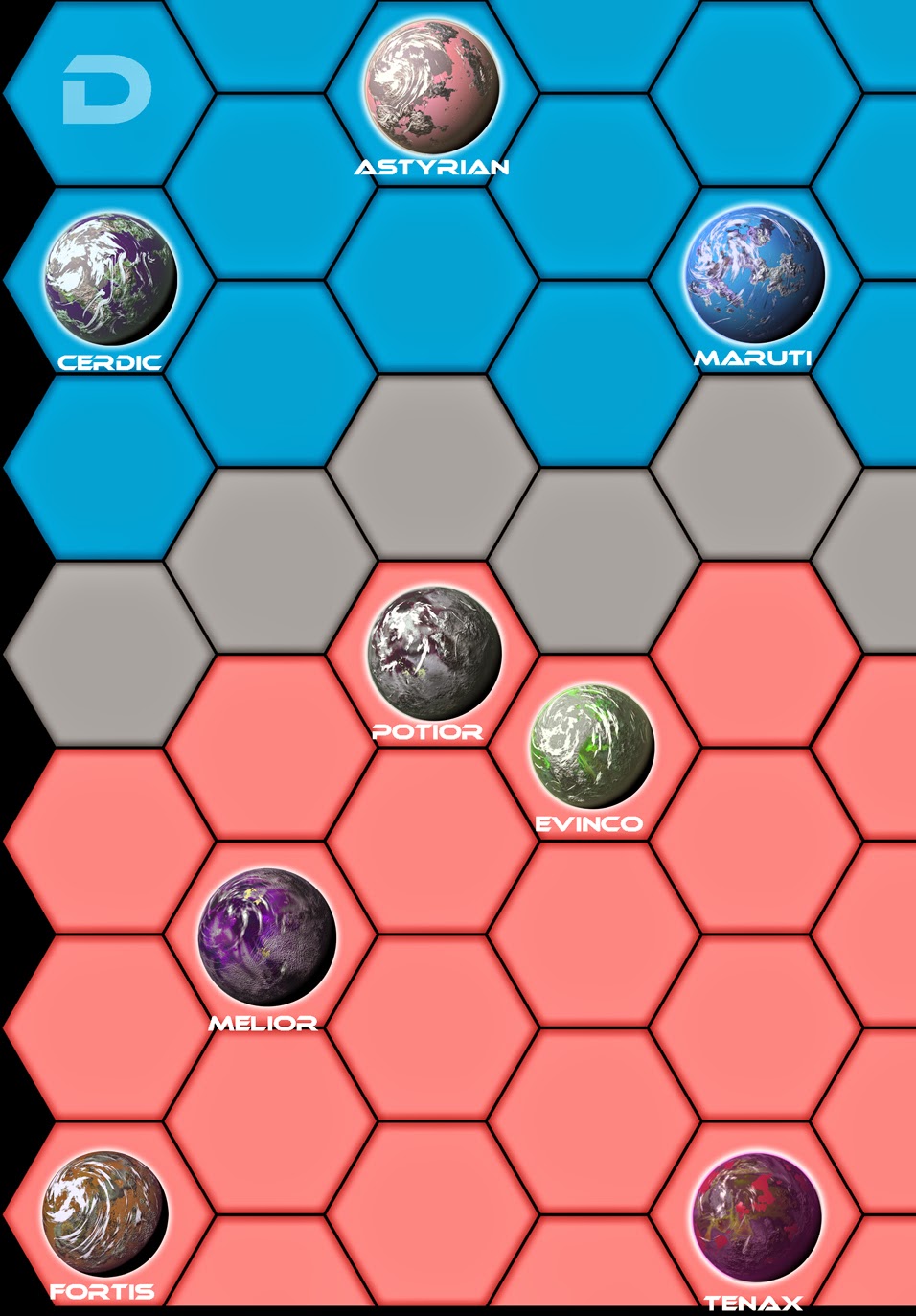 Posted by Unknown at 4:21 PM No comments:

Here are some preliminary counters for Theater of Operations. Note, the stats are just placeholders. These counters will be supplied with the game, but people who already own Fleets at War! can use those counters instead if they prefer greater detail during battles. 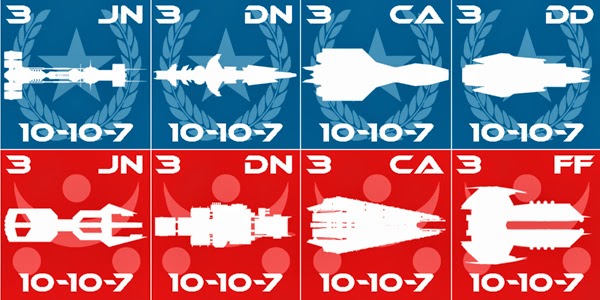 Posted by Unknown at 4:58 PM No comments:

There's another project I'm working on that I'm calling Fleets at War: Theater of Operations. It basically adds a strategic element to the Fleets at War line of games, allowing players to move fleets (or at least task forces) around a map of the Imperium-Magna border. Then, when the two sides meet on the strategic map, they can either play out the battle on a tactical map using the counters provided, or use the counters from the original Fleets at War! game.

I'm also including a mechanism for calculating the amount of resources available to each side, based on how many planets they control, which they can then use to purchase additional ships. This will allow players to decide which types of ships they want and organize them as they see fit.

Essentially, Theater of Operations will create a strategic tier, with Fleets at War! in the middle and Fighter Wing in the lowest (most detailed) tier.  If players are especially ambitious, they could play a campaign game with all three levels.
Posted by Unknown at 5:38 PM No comments:

You can now buy the final (for now) product in my Hero Tiles line. Called Toxic Tunnels, it includes 2D rooms and corridors for your RPG and miniature adventures.

It's available alone and in a bundle with the rest of the Hero Tile products. 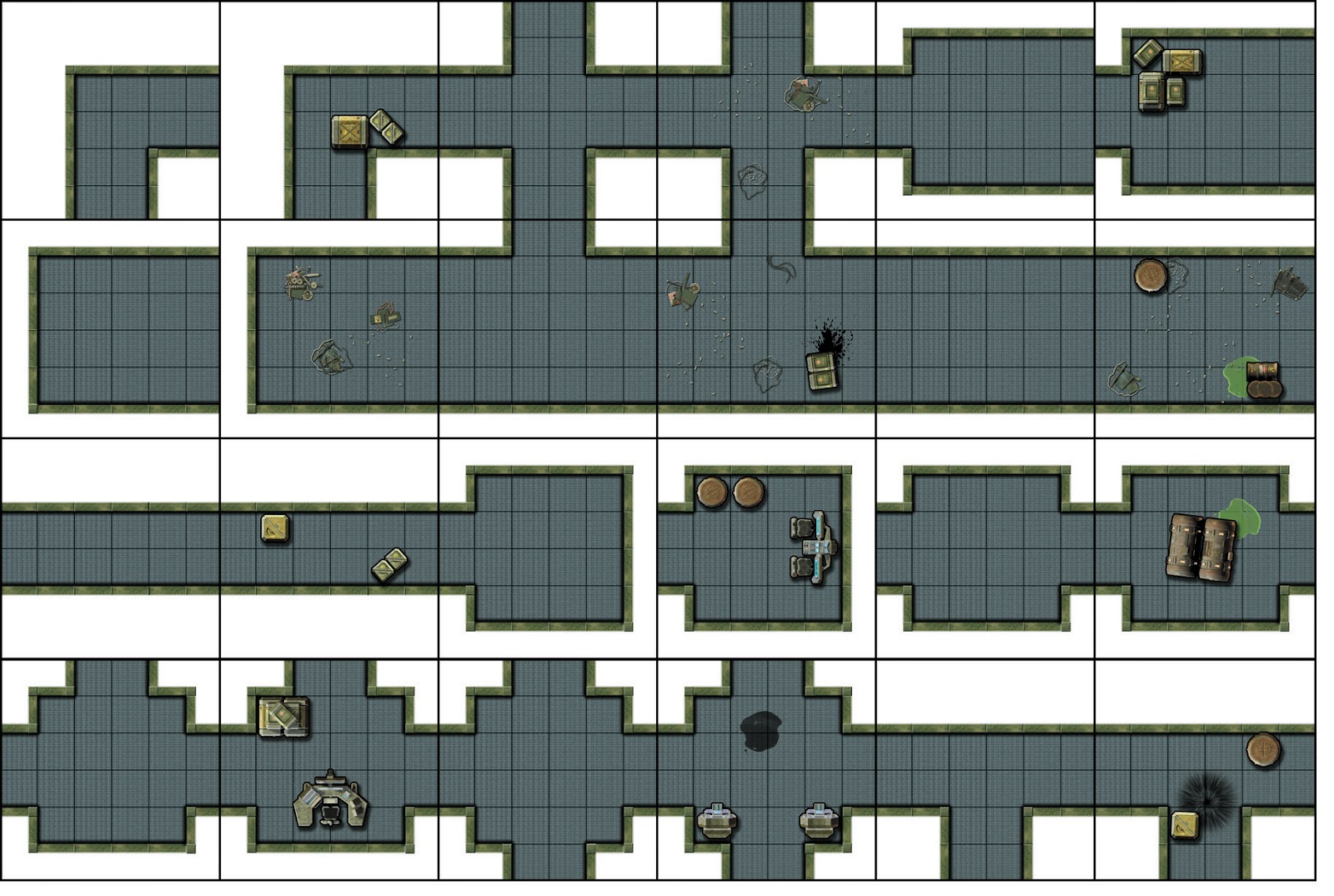 Posted by Unknown at 1:15 PM No comments:

Totals for the New Expansion

Here are six ships from the Fighter Wing expansion, Planetary Defense. The Warlock Industry faction is at the top and the Celadon Pirates are on the bottom. They include fighters, heavy fighters, and attack craft. Note, some of this might change of course, but I wanted to show what I've been working on... 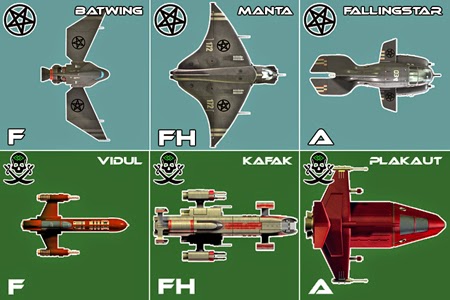 Posted by Unknown at 4:56 PM No comments: